Mobile Gaming vs. Desktop Gaming: Which Is Better?

When it comes to gaming, it’s quite hard to top desktop gaming, especially if you’ve got a souped-up PC with powerful hardware and a widescreen 4K monitor. Not only does desktop gaming allow you to game in impressive, high-fidelity 4K resolution, it also immerses you in crystal-clear surround sound, whether you’re got speakers or a headset hooked up. There’s also the fact that it allows for seamless multiplayer with friends and rivals from all over the world, thanks to online gaming. It’s the full sensory experience that’s worth the high price tag.

However, thanks to how smartphones are becoming more and more powerful with each generation, a new kind of gaming is gaining traction and getting desktop gamers away from their precious battle stations—namely, mobile gaming. With larger screens and impressive graphics, gaming smartphones like the Galaxy series have begun to offer gamers a high quality gaming experience that they can take with them anywhere they go. It even offers online multiplayer, thanks to Wi-Fi and wireless internet.

But as mobile gaming is fast becoming popular, even among desktop gaming purists, a particular set of questions keep popping up: namely, which is better? Which one is worth putting your money on? Is it worth buying a current gen smartphone now rather than saving up for a top of the line rig? This article seeks to answer those questions and more by comparing the two, and seeing if either one has any edge over the other. 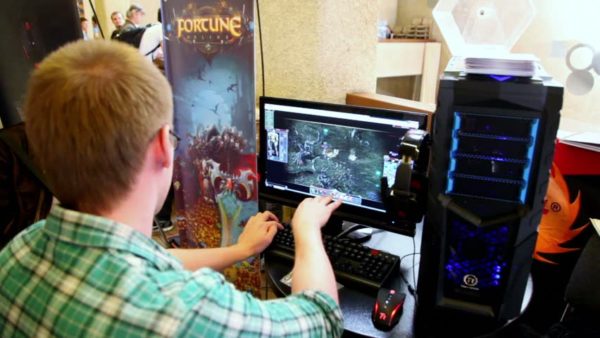 Now let’s get to the pros and cons of mobile gaming, one of the top contenders seeking to dethrone desktop gaming. 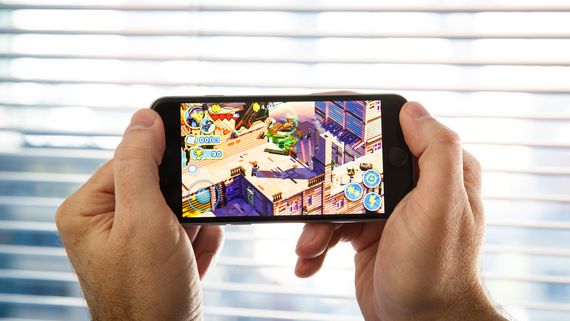 Now that we know the pros and cons of both types of gaming, can we really compare them and come up with one that’s superior over the other? The answer to that question is a very unsatisfying “not really”. This is because it mostly depends on you, the gamer. If you’re the type who’s perfectly okay with spending hours upon hours indoors and in front of your desktop, then desktop gaming is clearly for you. On the other hand, if you’re someone who’s always out and about and lives a very active lifestyle, then mobile gaming is definitely something that should serve you well.
Another factor that makes answering this question a strictly player-based one is that it also depends on the kind of games you want to play and how big of a gamer you actually are. If you can’t go without the full gaming experience where story, graphics, and sound come together for an epic tale or story, then desktop gaming is for you. If you’re for smaller games that you can pick up and play whenever you like, then mobile gaming is more your speed. So really, there’s no clear winner here.

But what if you’re in both categories? What if you’re someone who likes to game in their privacy for hours on end, but also wants to do it on the go? Or if you’re just a gamer who wants a diverse gaming experience. If so, then you can just go with both. Save up for the dream rig that you want, and buy a cheaper gaming smartphone on the side. This way, you can’t miss out on the hottest gaming experiences whether they’re on desktop or on mobile.

Conclusion
Trying to decide which type of gaming is obviously better is an impossible task, as both types are very different from each other. It’s just like comparing lemons to oranges in a way. Instead of looking for articles to help you decide, instead think about what you really want out of gaming and go from there.

What you should expect in the all-new OPPO Reno8 T

Digestive concerns and Brain development for your child?

The Shell Citi Card: 25 Years of Fuel to Peso efficiency