Bloggers (or what we call the “New Media”) were invited to the Press Launch of Dragonna. Together with Jason, Gab, Neil, Ada and the rest of the press, I witnessed how Shaina Magdayao will put Filipino television sets on fire.

During the Press Launch of Komiks Presents Mars Ravelo’s Dragonna, Shaina Magdayao shared her feelings and the preparation she did for this show. We can tell from her outfit that she did a lot of preparations to get into shape. She’s super hot on her Dragonna outfit.

This is Shaina’s first time to be a superhero. Although she did some stunts in Rounin and in Lobo, Shaina is still excited with the fight scenes in Komiks Presents Mars Ravelo’s Dragonna.

Anyway, Shaina can’t escape the question about posing on men’s magazine, especially now that her Dragonna costume are exposing her sexy body. Shaina answered, “I’m willing to pose sexy but not on men’s magazine. I’m not against men’s magazine but it’s just that I’m not yet ready for that kind of pictorial. However, I respect the other ladies na naging cover girls for men’s mag.”

After the interview, the casts of Komiks Presents Mars Ravelo’s Dragonna had their own corners where press were having their individual interviews. Cameras, mics, recorders were everywhere. LOL, this is our first time to attend a Press Launch. It was fun pero nkakawindang. But I beleive in the saying, “If you can’t beat them, join them. So, my camera did not stop from clicking.

The casts of Komiks Presents Mars Ravelo’s Dragonna are very accomodating. Carlos Agassi hugged me during our picture taking. Isn’t he sweet?

Here are some of my pictures during the event: 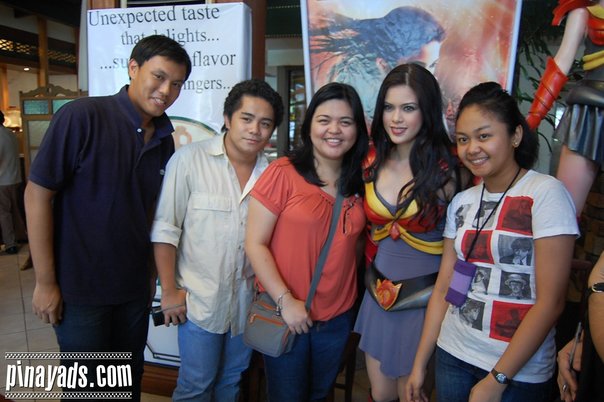 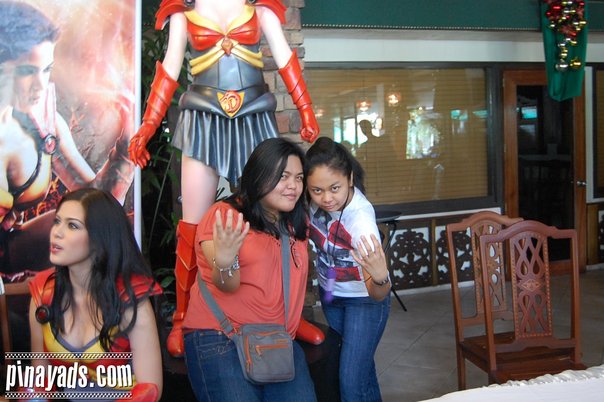 Long Mejia also joined the Press Launch, but he was late.  I approached him and introduced myself.  I even called him “Tito” (uncle) since we have the same surname.  We had a little chit chat and came to realization that we are somewhat related to each other.  Our ancestors were both from Pangasinan.  I also made “mano” (way of showing respect to the elders) to him hahaha.

Anyway, watch out for Shaina’s new look in Komiks Presents Mars Ravelo’s Dragonna as she ignites on a different role. Catch Dragonna every Saturday 6PM on ABS-CBN.

For more updates and information, log on to www.abs-cbn.com or http://komikspresents.multiply.com.

Pinay Ads is a lifestyle/mommy blog founded on August 2008. Created to share bits and pieces of my life and family, Pinay Ads also has a wide array of interests including entertainment, gadgets, travelling, food, and many others.